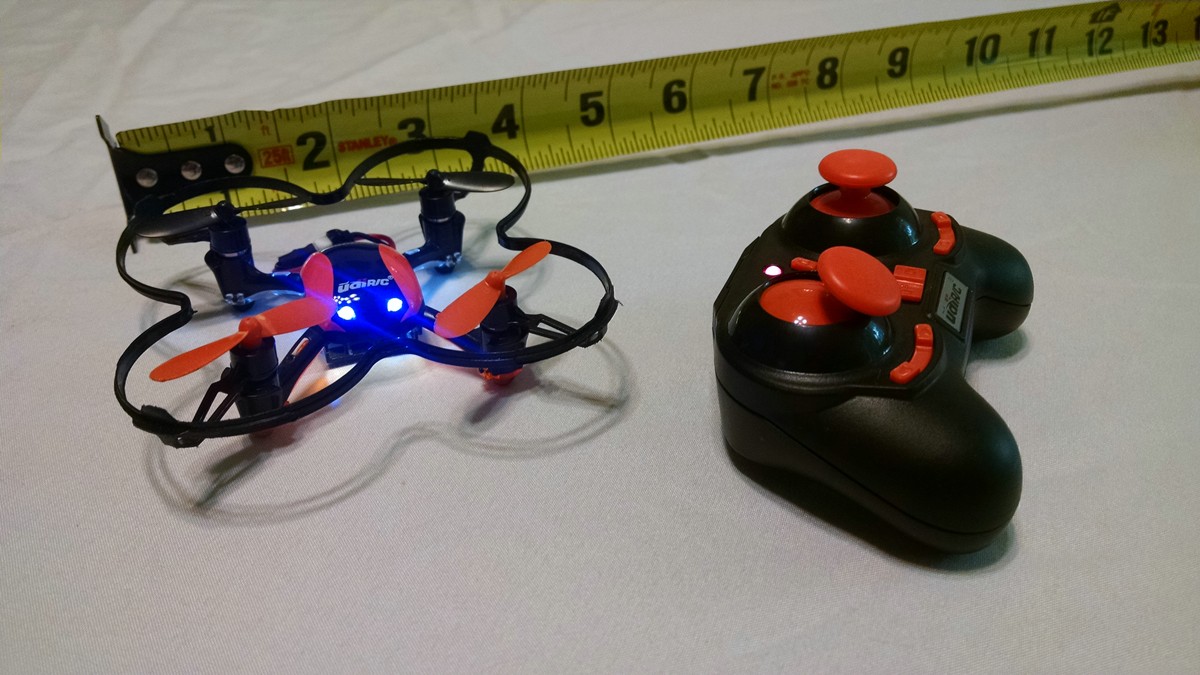 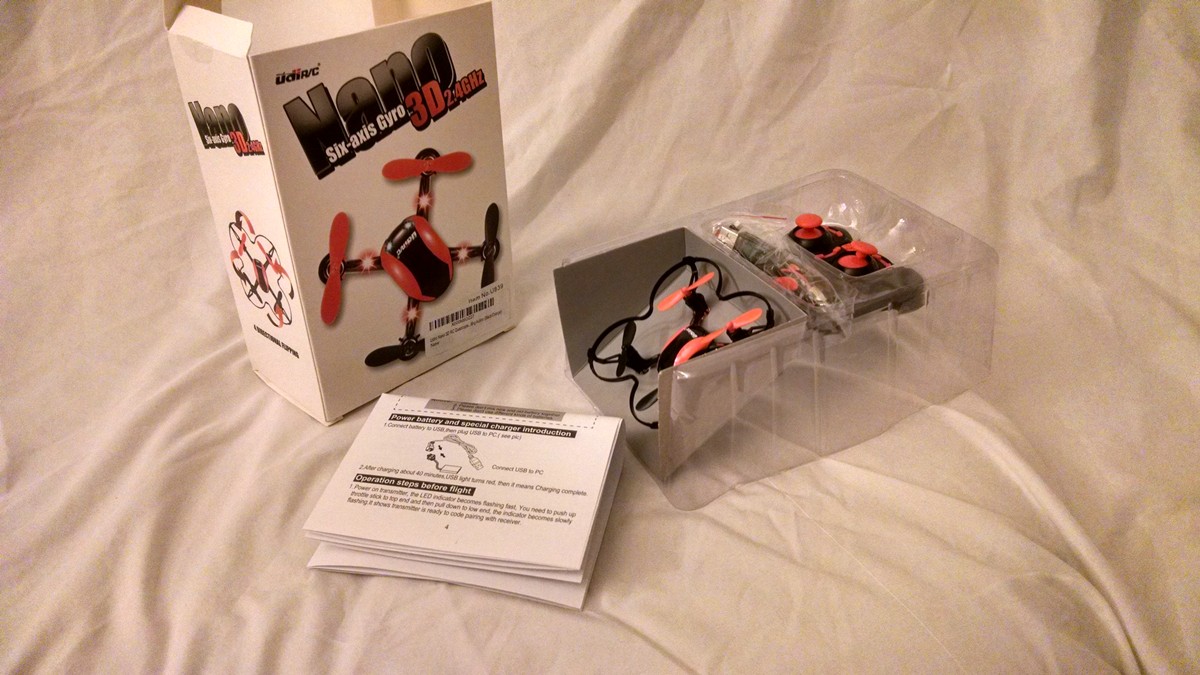 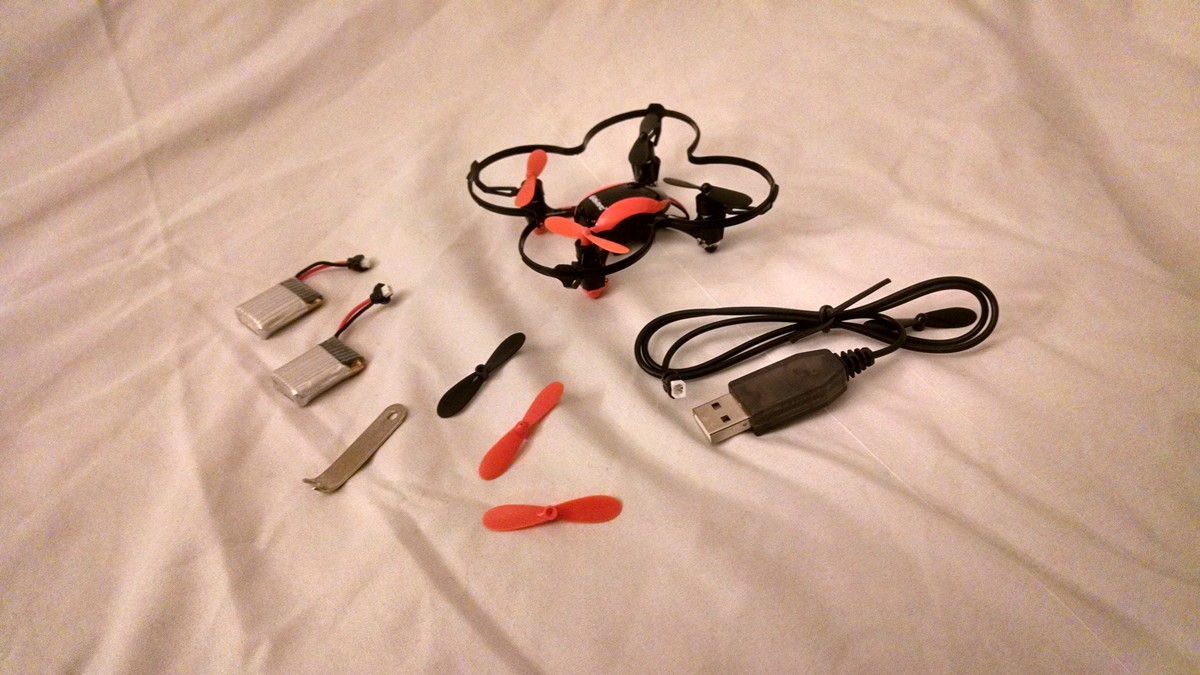 This thing is fast

The first time I powered this thing on I hit the throttle and in what seemed less than a quarter of a second I had already crashed into my living room ceiling.

I liked two things about the battery. One, it only takes a little more than half an hour to charge. The other thing is that the controller also uses the same exact battery. So you squeeze out a couple more minutes of flight time once the drone battery is too weak by swapping the battery out with the controller battery.

Less than thirty bucks! It's not the cheapest out there, but it's a pretty good value.

Pushing down on the throttle stick toggles you between low, medium and high modes. You'll want to use low indoors, but switch to medium or high if you are fighting any sort of breeze.

For a beginner, controlling this thing wasn't nearly as easy as the Rolling Spider. One piece of advice: take it slow. After my third or fourth flight it seemed like I was finally able to control this little drone a little bit.

After crashes, the ufo starts to fly erratically. You can recalibrate it, but it's an annoying process. To recalibrate, you must:

Since I crashed a lot, I had the process memorized fairly quickly.

Still after calibration, the nano drone still may fly off to one side instead of going straight up when you hit the throttle. There are trim buttons on the controller to help you fix that, but it was super frustrating to get the trim just right most of the time.

This was my least favorite thing about the U839.

This is a fun drone for a small price. It took a few hard crashes and still worked great.

This little quadcopter is definitely a good value. I recommend it.