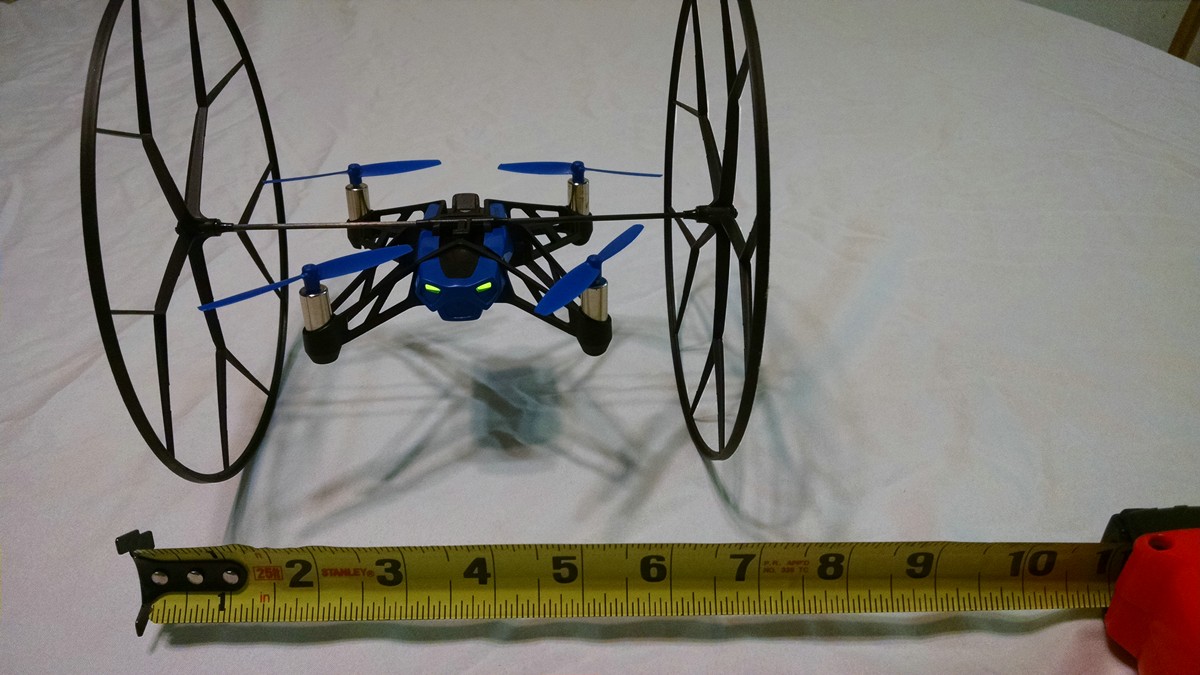 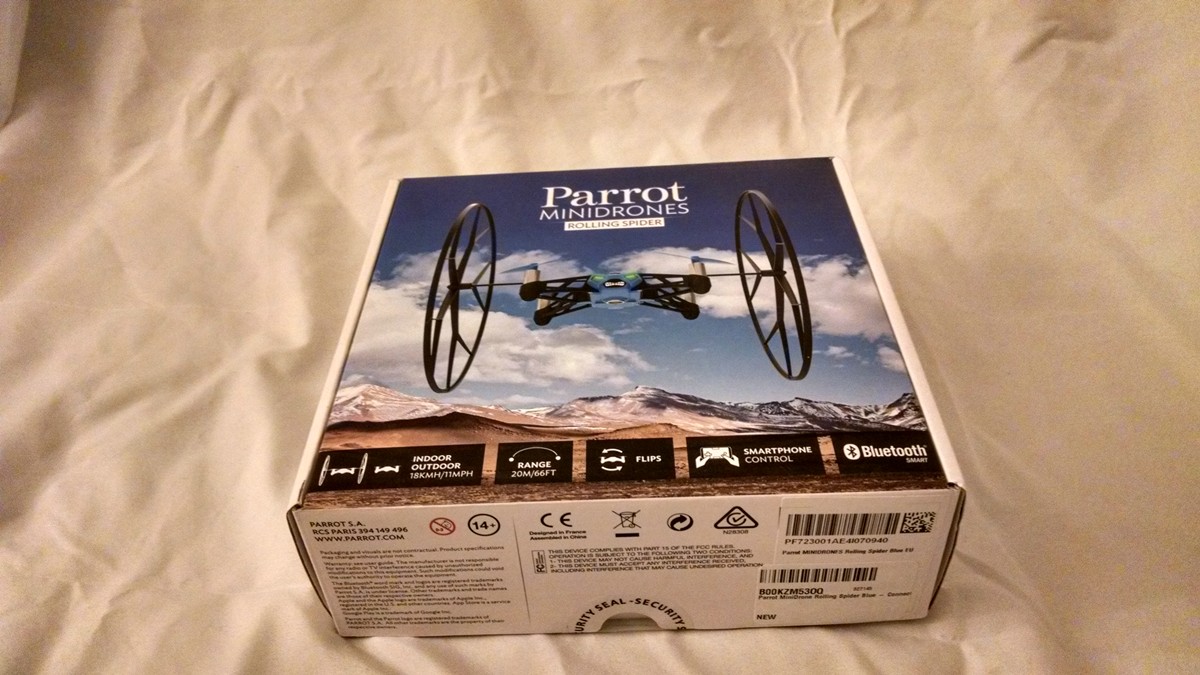 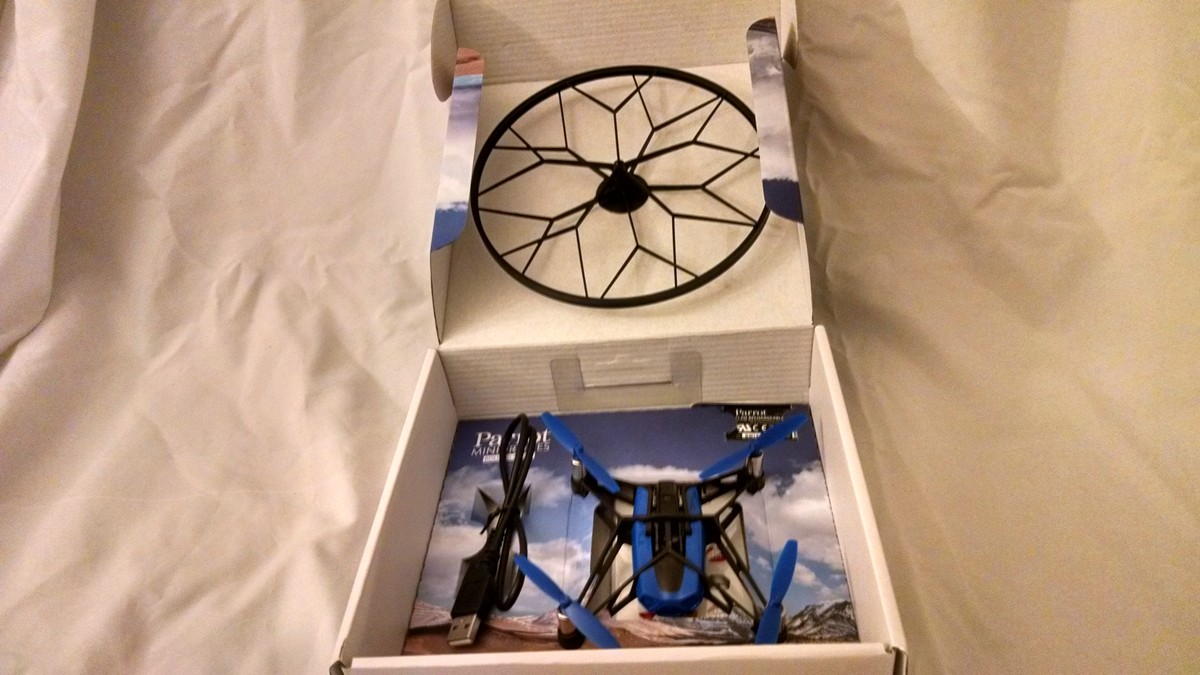 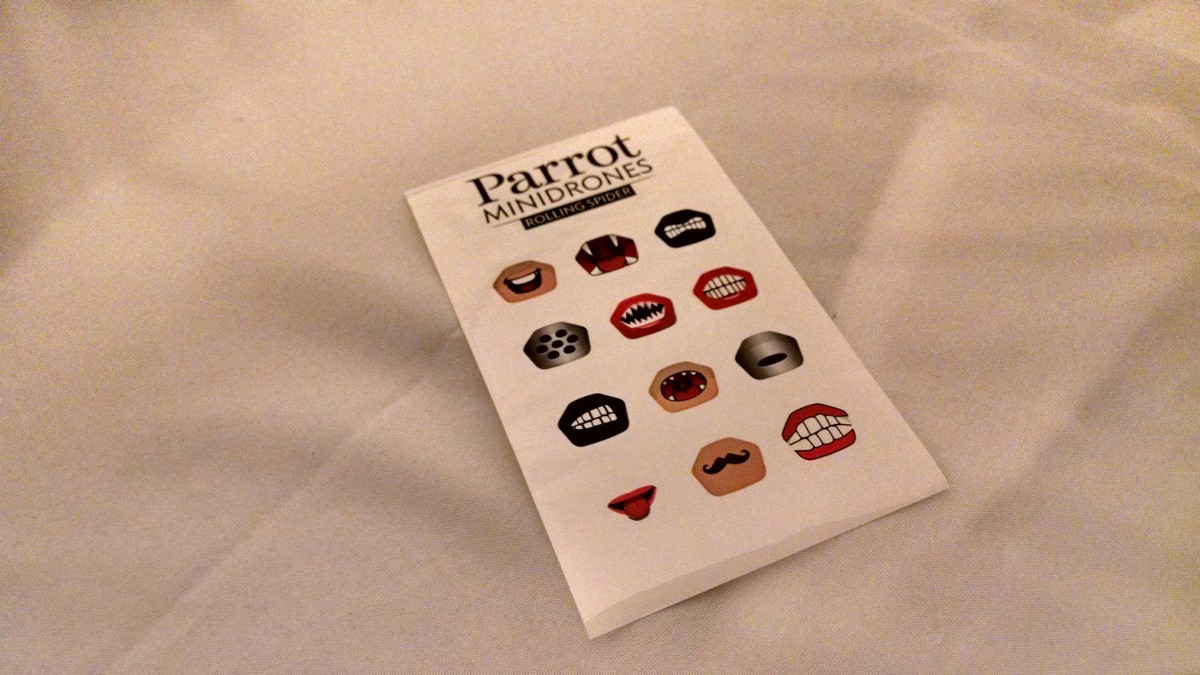 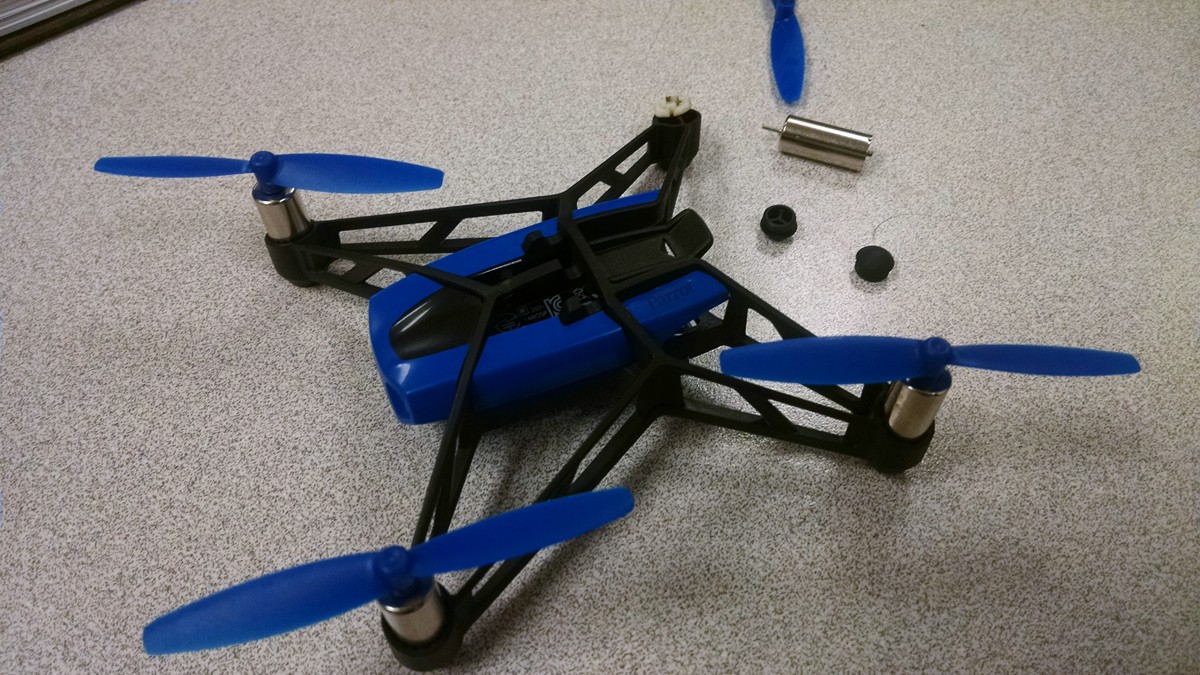 The Parrot Rolling Spider is a fun little drone. It's easy to fly, very stable, and a great value for the price. Here are some of the specific things I liked about the Rolling Spider:

The controller is your phone

I thought connecting your phone to the Rolling Spider was a pretty cool feature. The Freeflight 3 app isn't 100% user intuitive, but after watching the tutorial videos a couple of times and a little bit of practice controlling my little quadcopter with my phone became pretty easy.

Not too hard to learn

I think it took me about a half an hour to feel comfortable piloting the Rolling Spider without worrying about crashing it. (Unfortunately, half an hour of flying time requires several sessions becuase the batteries don't last as long as I would like.)

The other thing I like is that the drone will just hover if you want it too. There's no adjusting the trim to keep if from wandering off. This made figuring out flips easier.

Wheel mode is great for two reasons. One, the wheels make pretty good prop guards. The wheels are somewhat flexable, so during crashes the wheels soften the blow quite a bit.

Crawling up walls and along ceilings is pretty fun. Everyone is impressed with that trick, at least the first time they see it.

The Rolling Spider is very easy to controll once you have had a little practice, so you can play with it indoors without worrying too much that you are going to knock down expensive knick knacks off your living room shelves. That being said, I'd still recommend learning to fly it in a room without expensive knick knacks on the shelves.

It takes about 90 minutes to charge the battery. That, combined with less than ten minutes flying time, can be a little frustrating.

You can get extra batteries (either Parrot brand or other less expensive ones. The problem though, is that the batteries have to be inside the drone to charge, so you may also want to invest in an external battery charger.

A couple of times I had problems linking my phone to the drone. Usually I could fix this by stopping and restarting the Freeflight 3 app on my phone. One time I had to power off my phone completely and turn it back on before it would connect.

(Another time I wasn't smart enough to check to see if I had Bluetooth on on my phone. That's my fault, not the phone's or the drone's.)

On day two of using my Rolling Spider (and the first day not using the wheels) I crashed the drone hard enough to bend one of the properlers. I was able to bend it back, luckily. Many quadcopters come with extra properlers; this one does not. (They are available online, though.)

Though the Rolling Spider has a camera, the camera isn't that great. The still photos are small and low quality. Here's one of my best.

The camera feature isn't very easy to use, either. There's a button on the app, but it's not always easy to tell if you've successfully taken a photo, and switching from photo to video mode isn't very intuitive.

This was the most frustrating thing for me. After owning this drone for about two weeks, one of the motors and propeller fell out of the drone while I was doing a flip. Upon further inspection, the motor body had been separated from its base. I can get another one for $20, and there are videos on how to install one. I think I'll check to see if it is warranteed first.

This is the one thing preventing me from giving this drone a positive review. It's a fun drone to fly, but in my opinion a motor shouldn't fall apart in less than a month of owning this thing.

More things you should know

Parrot has several tutorial videos to teach you how to fly and/or repair your drone. I found it helpful to watch them a couple of times.

This drone has a cool feature that lets you toss it into the air and it will start flying by itself. Here's what I didn't know: it turns free fall start mode off after every time you do it. When I went to do it a second time, the drone just fell to the ground and I bent a propeller. Not fun. Always put the drone in free fall start mode every single time you intend to use it.